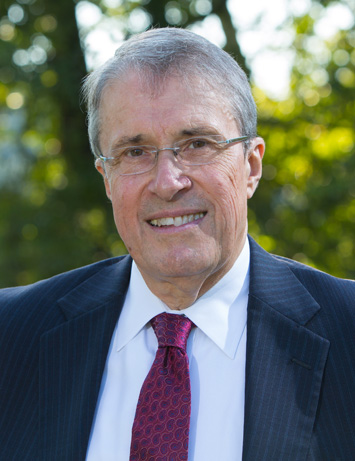 Storytelling is Randy Covington’s passion. Thirty years in broadcast journalism taught him what works, and what doesn’t, when it comes to effective communications.

In addition to being an expert writer, Randy is also one of the world’s leading authorities on media convergence. Working with news organizations worldwide, Randy serves as a consultant and professional trainer for the World Association of Newspapers & News Publishers (WAN-IFRA). He also has worked extensively with the U.S. State Department to train journalists in Russia, the Baltics and elsewhere.

As director of the Newsplex initiative at the University of South Carolina (USC), Randy teaches journalists and communications professionals how to identify the story they want to tell, and then think broadly about all the possible ways to tell it through different platforms – print, audio, video, and online. In addition to his duties as Newsplex Director, Randy is on the faculty of the USC School of Journalism and Mass Communications, where he teaches classes in new media, visual storytelling as well as ethics.

From 1991 to 2001, Randy served as news director of WIS TV in Columbia. Previously, he worked in news management positions for TV stations in Houston, Louisville, Boston, and Philadelphia, as a newswriter for the Associated Press as well as radio. He started his communications career in print with newspapers in his home state of Indiana, where he earned his undergraduate degree from Indiana University Bloomington. He also holds a graduate degree from Columbia University. Randy has received numerous awards including four Emmys and News Director of the Year from the Carolinas Radio Television News Directors.